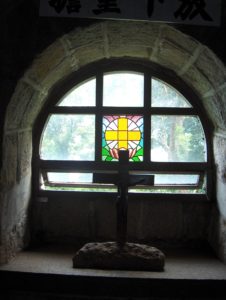 The word meditation comes from Latin meditatio, from the verb meditare, which means to think, to ponder. This word was used to translate the Hebrew hagah, which means mumble, and the Greek melå, which means put something in the mind or heart, be occupied with something.

The roots of the Christian practice of meditation goes back to the Old Testament. Meditation in the OT was a pondering on the words of Scripture, especially on the Law; Psalm 1:

1Blessed is the man that walketh not in the counsel of the ungodly, nor standeth in the way of sinners, nor sitteth in the seat of the scornful.

2But his delight is in the law of the LORD; and in his law doth he meditate day and night.

3And he shall be like a tree planted by the rivers of water, that bringeth forth his fruit in his season; his leaf also shall not wither; and whatsoever he doeth shall prosper.

The words of the Law should be kept in the heart, and this you do through careful study, learning them by heart, and mumbling them “when you lie down and when you rise” – but also in more physical ways such as writing the words on the door post or binding them as a sign on the hand or forehead. (Deut. 6:4-9).

This practice was continued by Jesus and his disciples. In the early Christian communities the Book of Psalms however took preference above the Law. The early desert fathers thus learned the whole psalter by heart to be recited in the course of a day. They also developed the practice of short prayers or shooting prayers or mumbling a biblical verse incessantly. Out of this practice grew the Jesus Prayer or the Prayer of the Heart:

The ideal was to pray always, being in communion with Jesus Christ and God-in-Him.

St. Paul speaks of a cleansing and a kind of spiritual dying to achieve this: “I have been crucified with Christ and I no longer live, but Christ lives in me. The life I now live in the body, I live by faith in the Son of God, who loved me and gave himself for me.“ (Gal. 2:20). This may be experienced through a prayer or a meditation involving a cleansing of false conceptions of God, one self and the world around at our breathing out, and infilling of Christ at our breathing in.

The accompanying prayer in it full says: Lord Jesus Christ, Son of God! Have mercy upon me, a sinner. But it may be shortened; I mostly use this form:

Focus on your heart and rest in it.

Have mercy on me! (breathing out)

Or I simply just pray “Jesus Christ”, thinking or hearing the word Jesus breathing out – it is like calling upon Him, and breathing in I receive the Holy Spirit – to become a “christ”, Christ meaning being anointed (with the Holy Spirit). I remain focused in the heart, but may also be aware of the energy centers in the hands and feet, reminding me that I am crucified with Christ to live a new life.

An example of how to turn Bibles verses into quick prayers or even affirmations:

I read in Paul’s letter to the Romans chap 8:

38For I am persuaded, that neither death, nor life, nor angels, nor principalities, nor powers, nor things present, nor things to come,

39Nor height, nor depth, nor any other creature, shall be able to separate us from the love of God, which is in Christ Jesus our Lord.

And form it into this prayer or affirmation:

No power on earth
can separate me from the love of God
that is in Christ Jesus.
God, I thank you!

In the Latin West meditation was practiced in the Benedictine monasteries as a lectio divina – Divine reading. This developed into a four step progression: lectio, meditatio, oratio & contemplatio (i.e. read, ponder, pray, contemplate).

The last step is more or less what is considered the content of meditation in Eastern and modern secularized versions of meditation.

How would you practice meditation following these four steps? As an example you may read a text from the Gospel (Luke 4):

And it came to pass on a certain day, as he was teaching, that there were Pharisees and doctors of the law sitting by, which were come out of every town of Galilee, and Judaea, and Jerusalem: and the power of the Lord was present to heal them.

18And, behold, men brought in a bed a man which was taken with a palsy: and they sought means to bring him in, and to lay him before him.

19And when they could not find by what way they might bring him in because of the multitude, they went upon the housetop, and let him down through the tiling with his couch into the midst before Jesus.

20And when he saw their faith, he said unto him, Man, thy sins are forgiven thee.

21And the scribes and the Pharisees began to reason, saying, Who is this which speaketh blasphemies? Who can forgive sins, but God alone?

22But when Jesus perceived their thoughts, he answering said unto them, What reason ye in your hearts?

23Whether is easier, to say, Thy sins be forgiven thee; or to say, Rise up and walk?

24But that ye may know that the Son of man hath power upon earth to forgive sins, (he said unto the sick of the palsy,) I say unto thee, Arise, and take up thy couch, and go into thine house.

25And immediately he rose up before them, and took up that whereon he lay, and departed to his own house, glorifying God.

26And they were all amazed, and they glorified God, and were filled with fear, saying, We have seen strange things to day.

You read the text attentively for some times, noticing what is happening, and what is said. You may use your imagination, e.g. imagine you are present in the event and identifying with one of the persons; you experience a being present and yourself experiencing what I described. You notice your own reactions to what happens or what Jesus says. Then follows prayer… Prayer turns to adoration and worship, and you rest in the presence of God whom you have met through Jesus – in this presence all words, feelings, and thoughts may disappear.

Some Christian traditions will have a more contemplative form of meditation, growing out of the experiences and practices of the desert fathers and other hermits in the wilderness. Silence and retreat are important in these traditions. They are reluctant to use the imagination since images and thought forms may create illusions. You may have false images and perceptions of God, yourself and the outer world. God presenting God self as I am that I am, is incomprehensible. God’s unconditioned being cannot be grasped or contained by our conditioned being. Therefore we should not be caught up in our images and conceptions of God, but just be in God’s presence.

In these traditions you’ll find practices with affinities to Zen and sitting meditation, just following your breathing in and out, You may have words which help to have an attentive mindful presence in the Now. Such words might be: Love, Peace, Justice, Jesus, Marantha or the Jesus-prayer as described above. And yet even these practices will start with prayer and be practiced in communities with daily reading of the scriptures.

There are many forms of Christina meditation, which could be mentioned: Singing meditative songs, speaking in tongues, walking, dancing body prayer and simple body movements…

All Christian meditation lives out of the experience and belief that the incomprehensible God has made God-self known in a self-revelation in creation, in history as witnessed in the Holy Scriptures and in the person of Jesus Christ. In Jesus Christ the incomprehensible God has become known so that a personal relation is possible between God und us. And all Christian meditation and contemplation lead us back to loving service of our neighbor:

I rest in the room of peace in my heart
and find myself loved by God.
From my room of peace
I see my fellow humans and my fellow beings
without judgement and foster God’s presence in them.

Christ is risen and restores our original nature 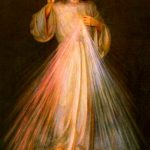 Sermon at Easter 2018 in Tao Fong Shan by rev. Ole Skjerbæk Madsen “The highest skies are in love with you. The great Earth opens its palms.” This is the opening of praise of God from the Jesus-sutras, written by the Nestorian Christians in China around 800 AD, and these… END_OF_DOCUMENT_TOKEN_TO_BE_REPLACED 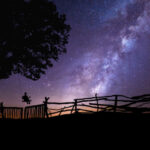 Ole Skjerbæk Madsen UFP, interfaith prayer meeting, June 11th 2016 Dear friends, Once more, I should like to express my gratitude that UPF invites for these meetings. When Nobu and I talked about the topic for today, he also used the term the physical world along with earthly life. I’ll… END_OF_DOCUMENT_TOKEN_TO_BE_REPLACED