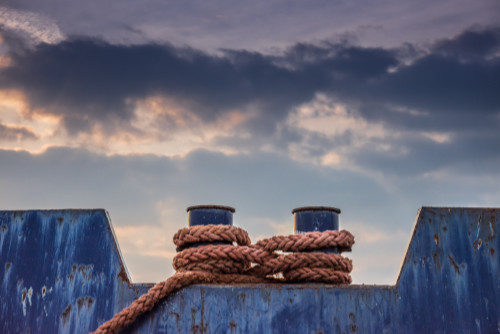 Today, I would like to share some thoughts with you on the concept Hope. Saint Paul mentions three lasting fundamentals or characteristics of Christian life:

Faith is trust. It springs out of experience. Thus it includes history and memory – not in a nostalgic way, but as a kind of energy full of confidence. The life of Jesus, the history of the fellowship of His followers and our own experiences of His presence throughout our lives gives us the courage to trust God and relate with an open mind and heart to others.


Hope reaches into the future. This is not day dreaming or utopia. In the letter to the Hebrews we read:

We have this hope as an anchor for the soul, firm and secure. It enters the inner sanctuary behind the curtain, where our forerunner, Jesus, has entered on our behalf. He has become a high priest forever, in the order of Melchizedek. (Hebrew 6:19-20).

Hope is likened to an anchor. Hope secures human existence in the fulfilment of creation and salivation. Jesus called this future the kingdom of God. Jesus said that this kingdom will come in the future as the consumption of creation, but at the same time it is present in us and among us. The Kingdom to come has the power to motivate us in our way of life.

The promise of the fulfilment of all human and created existence help us to break out of destructive patterns of life – personal as well as social, economic, and political. The letter to the Hebrews gives us examples of people who dared to leave old customs and to break out of their life circumstances, because they had confidence in God’s promises for the future. Hope encouraged them to leave unworthy life conditions and reach out for improvements of life conditions for themselves, their family, and their people.

When the Bible gives us images of a new Earth or the Kingdom of God, it speaks of peace and justice – not only justice as a concept of Law, but as a life of right relations between God and humans, between men and women, between nations, between humans and other created beings, nature and the Earth. These images show us that God’s intention for creation will be fulfilled.

Adam is in Genesis depicted as a gardener who takes care of the plants in the Garden of Eden, and he is the one who gives names to the animals. He recognizes each creature as it is, not as an object for his desires, but as someone to relate to; it has a name! Humans were intended to be the stewards of the Earth and all of earthly creation. This plan or intention was overruled by sin. Desire turned creation into object; humans became consumers of creation, and abusers of one another. Yet God has a future in mind, which brings us back to God’s original intentions as well as fulfilling this plan. This is depicted in for example in the prophetic books of the Bible as well as in the New Testament:

The wolf will live with the lamb,
the leopard will lie down with the goat,
the calf and the lion and the yearling together;
and a little child will lead them.
The cow will feed with the bear,
their young will lie down together,
and the lion will eat straw like the ox.

The infant will play near the cobra’s den,
and the young child will put its hand into the viper’s nest.

They will neither harm nor destroy
on all my holy mountain,
for the earth will be filled with the knowledge of the Lord
as the waters cover the sea. (Isaiah 11:6-9)

Come, let us go up to the mountain of the Lord,
to the temple of the God of Jacob.
He will teach us his ways,
so that we may walk in his paths.”
The law will go out from Zion,
the word of the Lord from Jerusalem.

He will judge between the nations
and will settle disputes for many peoples.
They will beat their swords into plowshares
and their spears into pruning hooks.
Nation will not take up sword against nation,
nor will they train for war anymore. (Isaiah 2:3-4)

Then the angel showed me the river of the water of life, as clear as crystal, flowing from the throne of God and of the Lamb down the middle of the great street of the city. On each side of the river stood the tree of life, bearing twelve crops of fruit, yielding its fruit every month. And the leaves of the tree are for the healing of the nations. No longer will there be any curse. The throne of God and of the Lamb will be in the city, and his servants will serve him. They will see his face, and his name will be on their foreheads. There will be no more night. They will not need the light of a lamp or the light of the sun, for the Lord God will give them light. And they will reign for ever and ever. (Revelation 22:1-5).

The Kingdom to come has new standards or norms for life. If the future will restore right relations between humans and between humans and our fellow creatures, we will anticipate the future and break out of our destructive relations and quench the false conceptions of one another. We anticipate the future when we stop hating our enemies and follow the words of Jesus: love your enemies and pray for them. It is because of hope that we change our life style and our priorities in life. The peoples of the future are those Jesus calls Blessed in the Sermon on the Mount:

Blessed are the poor in spirit,
for theirs is the kingdom of heaven.

Why will hope bring future standards of life into active presence; why do we have a hopeful confidence in future in spite of all tribulations and all those sad conditions of human life today? Why do we not despair? Because Jesus is the forerunner into the kingdom of God. Jesus was the Son of Man, the fulfilled Human person. In Him we see God’s intentions for Human life fulfilled. His human life was God-filled. He was a healer. He established new patterns of relations. He showed us that a fulfilled life is a life in serving love to one another. As Christians we also see God in Him. He established in his person right relations between humans and God. Now He is with God in the heavens, in eternity, as our spokesman and high priest. He reminds God of us.

Faith was grounded in experience and remembrance. Hope transcends borders and dysfunctional patterns of Human existence and anchors our life in the Kingdom of God. Past and future, remembrance and hope are summed up in love: the greatest of these is love! Giving ourselves to one another in serving love requires faith and hope, and yet love is the consummation of faith and hope. 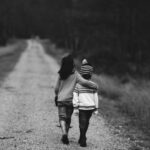 The Christ-in-you aspect of Christfulness is an ackowledgement of God’s image in my neighbor. This motivates us for diakonia, to reach out for the other with compassion and hospitality. This is short sermon and a guided meditation on this theme. We use the term Christfulness for describing the purpose and aim for God creating humans in the image and likeness of God. 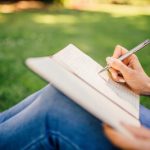 This may be your day of relaxing – of feeling free. Tomorrow it’s work, and a week full of work is lying ahead of you. You may wonder how your relationship with your colleagues is. How will you meet them? Some of them may have hurt you. Some of them… END_OF_DOCUMENT_TOKEN_TO_BE_REPLACED