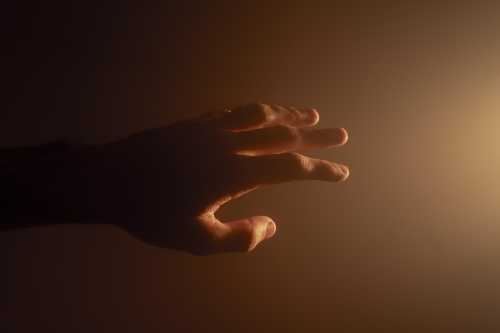 Diakonia was reinvented in the European churches in the 19th century mainly as the social work of the Church, care for the sick and humanitarian aid.

But seen from a New Testament and Early Church perspective diakonia is
more than that. Deacons had administrative tasks, and as a part of that
the distribution of money to the poor and the widows. In the early
Church deacons were understood as the eyes, ears, mouths, and hands of
the bishop. They were like the angels caring messages between God and
the congregation and vice versa, as they proclaimed the Gospel og
conducted the prayers of the Church for the world. As those who had a
deep knowledge of the lives of the members in the congregation they were
also mediators helping members to become reconciled.

Dictionary of the Ecumenical Movement (WWC Publications, Geneva 2002, p. 305) defines diakonia as “responsible service of the Gospel by deeds and by words performed by Christians in response to the needs of people.”
Thus, Diakonia is faith in practice and attentive presence with people,
yet never without the Gospel. Diakonia is the responsibility and duty
of every Christian:

“This is how we know what love is: Jesus Christ laid down his life
for us. And we ought to lay down our lives for our brothers and
sisters. 17 If anyone has material
possessions and sees a brother or sister in need but has no pity on
them, how can the love of God be in that person?”  (1 John 3:16-17).

Diakonia results in life change, reconciliation and empowerment
(helping the other to taking care of his/her life and situation, and to
develop the ability and finding the power / energy to do so) I the given
context.

All diakonia starts as seeing or listening. We’ll have o be challenged from the needs we meet with individuals, groups of people, society and environment.

We may listen to the situation of marginalized people, those who
suffer from the increasing gap between the richest and the poorest in
society. Our eyes may be opened to mentally ill and people with special
needs.  Or minority groups. Or we may on our way find people who are
searching for the right orientation in life, for wholeness and healing.
Or we see the foreigners in our society: migrants, refugees, foreign
students.

When we have seen and heard the needs in the context where we live, the next step of Diakonia is reflecting.
We’ll have to consider what the needs of this milieu really is, how
these needs may be met, and if the Church or Community has the resources
to meet the needs. We may use the insights and methods well-known from
the long history of diakonia and faith practice, but it’s also about
human resources, experience, education and economy. Reflecting on the
needs of the milieu in question we’ll also have to ask if there are
areas in which Christians will have to learn new skills and develop new
insights. We also need to consider how the worldview, tradition, culture
and spiritual practices in the given milieu challenge or should be
challenged by the Gospel and the Christian faith.

To see and to hear and to reflect aims at practice. Thus, diakonia is action.
Diakonia is about sharing the Gospel with others, so that they receive
faith, and so that those in need gains a new life and have their human
dignity restored. Diakonia is walking with people in a common learning
proces, so that hel is help to helping oneself. Diakonia is caring for
the sick and the ill and helping people to taking care of their own
health. Diakonia includes active listening, soul care (pastoral care and
spiritual guidance), listening to confessions, prying for inner healing
and for the sick, exorcism, building selfsupporting communities,
organizing workers and groups of needy. Diakoni is supported through the
intecessions of the Christian community.

Diakonia may be part of the diapractice of more religious communities and faiths,
in peace and reconciliation efforts, concerning ecology, climate and
environment, or active social engagement in the local or national
milieu.

Diaconia may have a profetic dimension.
Diakonia embodies the norms of God’s kingdom in a world taht too often
has forgotten the dignity of creation and humankind. Diakonia expresses
another measure for a whole and succesful life. Servant love is the norm
and measure. Diakonia chalennges power structures, serves the week and
needy and make the disciples their spokesmen and -women. Diakonia is
anout justice for the marginalized, adn creates a space for every human
being irespective of faith, race, sex, or age. 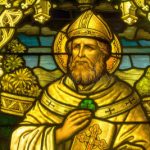 Music for St. Patrick’s ancient words by Rolf Kobbeltvedt Mortensen I don’t know what it is about Celtic music and me, if it’s some distant ancestry(wink) or something about the approximate longitude between the northern part of the British Isles and Denmark, but I’ve always liked it since my first… END_OF_DOCUMENT_TOKEN_TO_BE_REPLACED

The eucharist as an expression of “together in Christ” 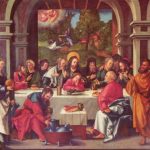 The Eucharist (Holy Communion) in a physical way expresses what it means to be in Christ. If we understand Christfulness as describing the goal for our spiritual life, it sums up the process of growth for the followers of Jesus, starting as an individual and personal experience, but fulfilled in… END_OF_DOCUMENT_TOKEN_TO_BE_REPLACED